Toward a stronger, more vibrant Freemasonry 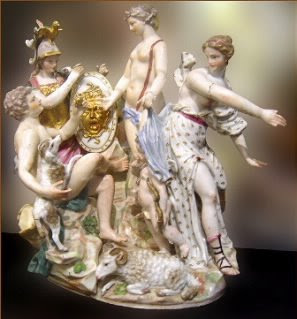 This is the ninth in our series of essays from guest bloggers on the topic "Masonic harmony, unity and discord." This one is by Bro. Nick Johnson, publisher of the Masonic blog "Millennial Freemason." My thanks go out to Bro. Nick and to all who are participating in this project.

Toward a Stronger, More Vibrant Freemasonry
by Bro. Nick Johnson

All nature is but art unknown to thee;
All chance, direction, which thou canst not see;
All discord, harmony not understood;
All partial evil, universal good;
And spite of pride, in erring reason's spite,
One truth is clear, whatever is, is right.
— Alexander Pope

Before I begin with my analysis of the theme, Masonic harmony, unity and discord, I would like to thank the Widow's Son for giving me this opportunity to take part in this wonderful and insightful series of essays.

Let us begin: What's the problem with discord? It is my simple belief that although conflict may promote the problems of Freemasonry, it can also carry the hope of our Fraternity's future. In fact, through the promotion of both discord and harmony, in equal measures, we, as a Fraternity, can grow stronger and more vibrant. While studying conflict and human societies (particularly Freemasonry), it is essential that we look to history and the modern research in Conflict Studies to fully understand this subject.

The word "Discord" originates from the Roman goddess Discordia who had a counterpart in Greece named Eris. In Greek, the name Eris means "strife." Strife was commonly regarded in Greece to have two different personas. The first was equally abhorred and praised, as she caused harm but also strengthened the constitution of men. The second was feared and involved the murderous killings of war and was the sister of Ares. The most famous incident involving Eris was when she threw the Apple of Discord amongst the three major goddesses in the Pantheon, Aphrodite, Athena or Hera, when she was uninvited to a banquet for Peleus and Thetis’ wedding. Inscribed on the Apple was the phrase, "καλλιστι" or transliterated, "Kallisti" meaning "for the Fairest." As Zeus did not want to get involved, he gave the choice to Paris. As we all know, this choice eventually led to the Trojan War. This little trinket, a single apple, led many men to suffer and die.

As is always the case in the pantheon of Greek Gods, Eris had an opposite named Harmonia; in Rome, she was Concordia. As her name implied, she was the goddess of Harmony and represented a love for civic order and unity. And as always seems the case in Greek mythology, she was to be cursed. As a wedding gift, she was given a necklace, a necklace which brought misfortune to all who wore it.

We, as Freemasons, seek to receive the Golden Apple only to find it is out of our reach or in the hands of someone else. We become jealous with our neighbor, and find faults to take away from him what we believe rightfully belongs to us. Yet, this will to strive for what is better or what we deserve is not, in and of itself, an evil characteristic. Also, at times when we are given gifts, we become complacent which attracts misfortune. In fact, conflict occurs everyday and it is how it is dealt with which determines if it is constructive or destructive. Conflict is actively explored in academic circles to understand its origins and quell its harmful effects.

While attending law school, I participated in the Dispute Resolution Institute's certificate program. One of the required classes was Theories of Conflict. Theories of Conflict explores these themes of harmony and discord, separate struggles and unifying causes. The underlying theme in the course was not if conflict was inherently bad; it was the exploration of controlling conflict, especially when conflict becomes escalated.

According to Pruitt and Kim, authors of the book, Social Conflict: Escalation, Stalemate, and Settlement, conflict is a "perceived divergence of interest." Conflict is not merely a battle between parties, with winner takes all as the goal, but what we perceive as a divergence that leads to a zero sum game. This divergence gives parties the impression that there is only one solution, "mine not yours."

Sometimes conflict is very constructive. The best, current example is the presidential election. Both candidates disagree on certain issues and we, as citizens, must decide who we believe will do the best job as president. We may yell at the TV during the debates and chastise the attack ads, but we all agree that a President must be chosen and our emotions must be in check once the election is over.

Conflict involves both physical and psychological aspects. So if, as a Freemason, we find a policy unacceptable, for example, PHA recognition, we perceive a divergence of interest with the brother on the other side. We become physiologically shaken and psychological shocked by what our brothers say, but we may still live in relative peace. It is when a conflict is escalated, that it can become more destructive and lead to acrimony among the parties, and can quickly get out of control.

Escalation is the concept whereby one party begins to use stronger tactics to put increased tension on the other party. During a conflict, parties regularly use tactics to “win” a conflict. However, as these tactics become more and more contentious, the parties will increase the type of tactic used to match or beat the other's tactic. This trading of barbs slowly turns into a spiral of escalation until the conflict reaches violence or another factor has begun to slow the climb and halt its progress.

Escalation is incredibly common in Freemasonry. Every person, from regular Mason, irregular Mason, and anti-Mason, uses power and stronger tactics to attempt to win a Masonic argument. We may attempt to ingratiate a person to come to "our" side. We may attempt to belittle the other side. However, it is often the case that these arguments begin up the spiral of escalation. I, myself, have been wrapped up in these fiery debates throwing words as darts instead using them as tools. As the Masonic conflict continues, we become less concerned with the disagreement and more concerned with "winning." It is at this time, that we become entrenched and it is only by deescalating the situation that we can keep Masonic harmony. But how do we deescalate this contentious situation?

We can deescalate it by remembering the precepts of our Fraternity: Brotherly Love, Relief and Truth. When we get into an aggressive argument, we lose our fraternal bond, we become less concerned about relieving his suffering and we lose sight of what the truth is. So, what can we, as Masons, do about all this discord? Here is my advice: to those that believe that discord only brings destruction and suffering, remember that it is only through chiseling into a block and destroying its original character that we create something beautiful. And to those that believe that harmony must always be continued, at all costs, why is your gavel and chisel laying on the ground? The work is not over and you are behind schedule. We may have a disagreement with how we are working but we all agree that we are building a better society. Only by understanding both discord and harmony can we appreciate the unity that Freemasonry gives to all of its members.

"Our life is full of discord; but by forbearance and virtue this same discord can be turned to harmony." — James Ellis