Past Grand Master of West Virginia expelled from Freemasonry 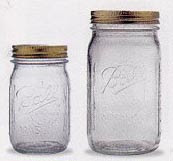 It seems that in most every online discussion about Masonry, a supporter of the Masonic status quo brings up the "fact" that Freemasonry is a "democracy," and says those who disagree with this or that can, by working within the system, effect positive change.

Apparently the brothers who met at the recent annual communication of the Grand Lodge of West Virginia did just that. In true "democratic spirit," they discussed several measures, and then voted on them.

It seems the new Grand Master, R. W. Bro. Charles Montgomery, didn't like the way the votes came out.

"I.M. Hiram" wrote in an email sent to at least a hundred West Virginia Masons back in September (reprinted on the blog Freemasons for Dummies):

...the current "old guard" Grand Lodge officers, and faction of like-minded Past Grand Masters and Jurisprudence committee whom they control said, in no uncertain terms that you, the men who overwhelmingly voted to approve these proposals "did not understand what they were voting for." Furthermore, they accused the two Masons charged with the counting of the ballots on the proposals, as having "miscounted" the ballots, and having left ballots in the ballot box, effectively speaking evil of their good name.

I.M. Hiram and his email recipients were threatened with expulsion. Apparently, the author of the blog Masonic Crusade has been, too.

The blogs Masonic Crusade and Freemasons for Dummies have now reported that Grand Master M. W. Bro. Charles Montgomery has expelled the Past Grand Master (2005-2006) of West Virginia R. W. Bro. Frank Haas along with the Deputy Grand Lecturer R. W. Bro. Richard K. Bosley. Haas was expelled during a meeting at Wellsburg Lodge No. 2. The lodge's charter was put on probation, it is reported, for failing to have brought charges against Bro. Haas.

Bro. Bosley had spoken on behalf of Bro. Haas during the meeting, and against some of the grand master's actions. He was later expelled in the parking lot after the meeting.

Democracy? What kind of democracy gives one man (who, if West Virginia's grand lodge is like Georgia's, wasn't truly "elected" but was simply "moved up the line") dictatorial powers to summarily throw out votes that represented the "will of the people" and to expel members — even former leaders — who disagree with him?

This is the kind of system we swore allegiance to? This is the type of Masonic leadership we pledged to obey?

You can email the Grand Secretary of the Grand Lodge of West Virginia. I'm sure your message will get through to the Grand Master.